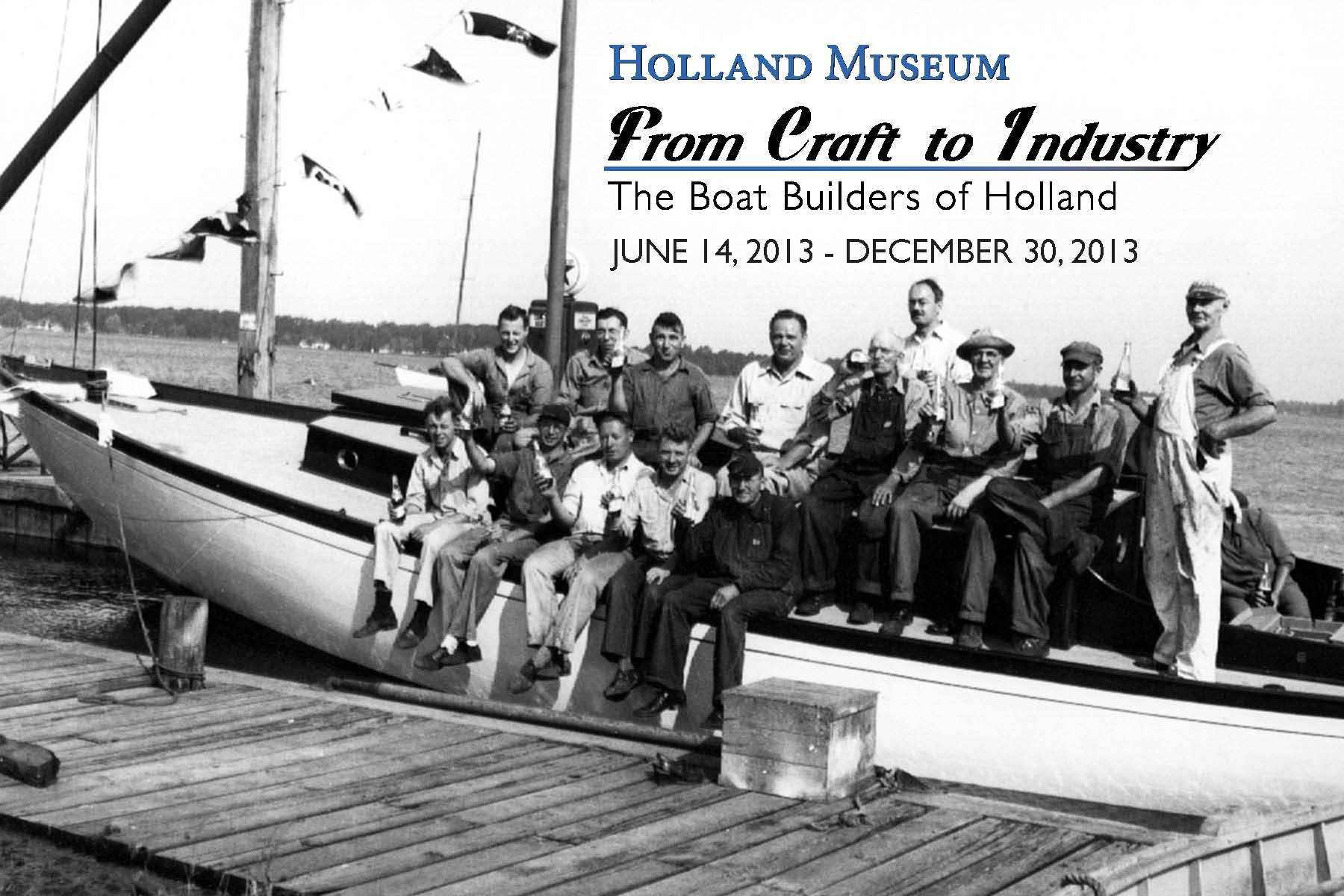 From Craft to Industry: The Boat Builders of Holland (Mac Bay Boat Company 1948-1960) 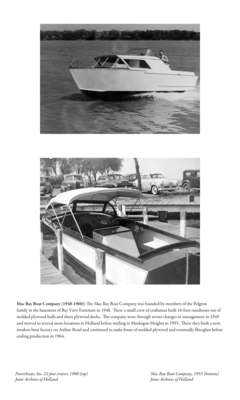 Mac Bay Boat Company (1948-1960): The Mac Bay Boat Company was founded by members of the Pelgrim family in the basement of Bay View Furniture in 1948. There a small crew of craftsman built 16-foot runabouts out of molded plywood hulls and sheet plywood decks. The company went through severe changes in management in 1949 and moved to several more locations in Holland before settling in Muskegon Heights in 1955. There they built a new, modern boat factory on Airline Road and continued to make boats of molded plywood and eventually fiberglass before ending production in 1964.

From Craft to Industry: The Boat Builders of Holland was an exhibition at the Holland Museum on display from June 14, 2013 through December 30, 2013. Materials for the exhibit were used from both the Joint Archives of Holland and Holland Museum.

From Craft to Industry: The Boat Builders of Holland was underwritten in part by proceeds from an endowed gift to the Holland Historical Trust from The Louis and Helen Padnos Foundation. This exhibition and related programming were made possible by the generous gifts of time, goods and services of Geoffrey Reynolds, Guest Curator; Grand Rapids Public Museum; David Scholten, Firehouse Boat Works; Land and Sea Upholstery; Holland Area Historical Society; The Joint Archives of Holland; Our Brewing Company.